Rustem Pasha Caravanserai is a magnificent caravanserai in the 16th century in the center of Edirne.

In 1554, the groom and grand vizier of Kanuni was built by Mimar Sinan by Damat Rüstem Pasha. It consists of two parts called Büyük Han and Küçük Han (or Deveci Han). It has two floors. There are 39 rooms on the first floor and 41 rooms on the second floor. There are 21 shops on the façades. The building was renovated in 1972 and is now used as a hotel. The restoration in 1972 was awarded the Ağa Han Architecture Award in 1980. 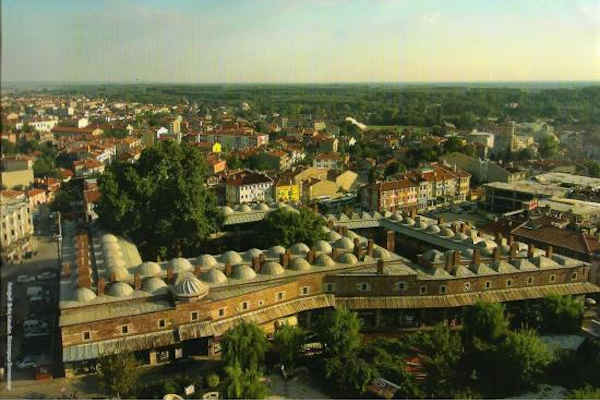