Patara Ancient City is 16 km away from Kalkan and 42.5 km away from Kas. Patara is a seaside town in the Western Mediterranean that has been the capital of the Lycian Civilization in ancient times. 2000 years ago; Patara was the largest and most important port of the Lycian Civilization. Patara's inscriptions and coins are in the Lycian language, PTTARA. It is called Hellenistic and Patara in later periods and Batara in Arab sources. Herodotus speaks for the first time in the name of the city. According to Rivaya, Patara, the founder of the city, Su perisi is the place where Lycia and Apollo were born. According to the information, the city has a history of BC. VI. and V. century.

Saint-Nicholas Patara, called 'Santa Claus'. Hz. Saint Paul from the apostles of Jesus boarded the ship from Patara to go to Rome and Patara became the bishop's center in the Early Christian Era.

In the ancient city, the Lycian type Roman tomb monuments, the triumphant Victory Jewelry, the remains of three submerged Harbor Churches and the Hurmalık Baths, the road guide showing the distance between the cities of Lycia, M.S. The buildings of Vespasianus Bath, Byzantine Castle, Corinthian Temple, Byzantine Church, Patara Theater (2nd century BC) and a parliament building were built in 69-79. 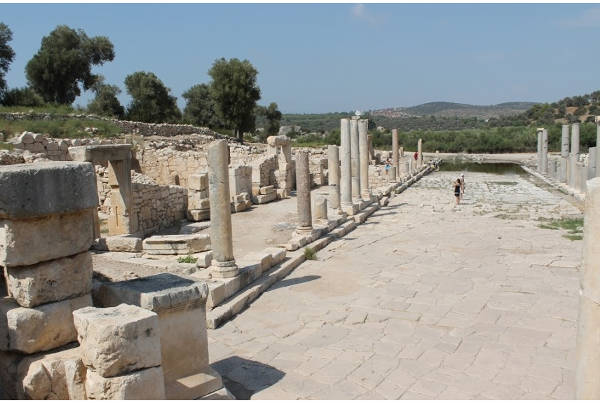