Karatay Madrasa, II. It was built in 1251 by Emir Celaleddin Karatay during the reign of İzzeddin Keykavus. The architect is unknown. The madrasah, which was also used during the Ottoman period, was abandoned at the end of the 19th century.

The madrasa was built of Sille stone of the type of Kapalı Closed Madrasa üzere to teach the hadith and tafsir sciences during the Seljuk period. Single storey. The entrance is provided by a sky and white marble door from the east. The gate is a masterpiece of stonework from the Seljuk period. It is decorated with lettering and patterns. On the door there are inscriptions on the construction of the madrasah. Selected verses and hadiths are embossed on the other surfaces of the door. Through the door, a dome (now open) is covered with a dome, and then a door is entered through the madrasah. The madrasah hall is covered with a dome covered with mosaic tiles with a lantern in the center. Verses are written on the dome pulley, on the borders of the upper walls and on the panel doors on the cell doors. The vaulted vault of the iwan in the west direction of the building includes the basmalah and Ayet-el Kürsi. In the triangles, which are the transition element to the dome, the names of the prophets Muhammad, Jesus, Moses and David and the names of the four caliphs (Abu Bakr, Omar, Osman, Ali) are included. The domed cell on the left of the iwan is the tomb of Celaleddin Karatay

Most of the mosaic tiles on the walls of the madrasah were cast. The colors used in the tiles are turquoise (turquoise), navy blue and black. Karatay Madrasah, which has an important place in the tile work of Anatolian Seljuk period, was opened to visitors as "Tile Works Museum" in 1955.
Kubadabad Palace

The exhibited works belong to the Seljuk and Ottoman periods. In the cell where Celaleddin Karatay Mausoleum is located and in the student cells in the south, Kubadabad Palace tiles are decorated with gypsum ornaments, ceramic plates, oil lamps and unglazed ceramics. The tiles of the Kubadabad Palace are in the form of a cross, a half-cross, an eight-pointed star and a square, and are made with luster and underglaze techniques. Kubadabad Palace, built by the order of Alaeddin Keykubat I, was found in 1949 by the Konya Museum Director Zeki Oral after they pointed out that Ibrahim Hakkı Konyalı and Osman Turan should be in the vicinity of Beyşehir. Kubad-Abad was abandoned for a long time after drilling and excavation works of Zeki Oral in 1952, Katharina Ottodorn in 1965-1966 and Mehmet Önder in 1967, and was reconsidered by Rüçhan Arık since 1980. It was initiated.
Eyvan 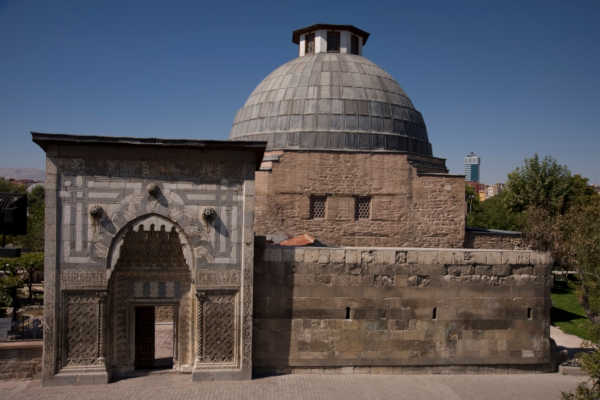 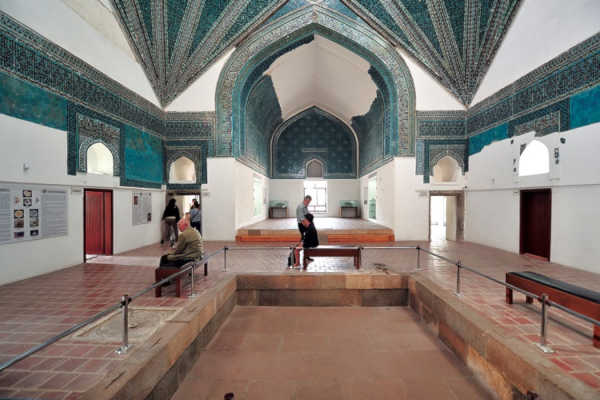 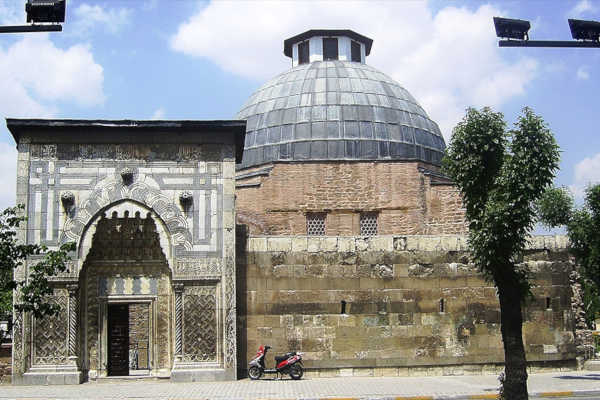