Haydarpaşa Station is the train line which was built as the starting station of the Istanbul - Baghdad railway line in 1908. The station is the main station of the TCDD. Istanbul is located in Kadıköy, near Anatolia. In the recent periods of the Ottoman Empire, Istanbul-Sham-Medine (Hijaz Railway) flights started to be carried out beside Baghdad Railway.

Devrin Ottoman sultan II. It was started to be built on May 30, 1906 during the reign of Abdülhamit. It was completed on August 19, 1908 and entered service. According to a custom, the building where the building is located III. Selim's pasha was named Haydar Pasha. Construction of the building has realized a German company under the name of Anatolia Baghdad. In addition, a German initiative was built in front of the station to make a breakwater, and facilities were installed for loading and unloading commercial items of wagons coming from Anatolia or going to Anatolia.

The project, prepared by two German architects Otto Ritter and Helmuth Cuno, entered into force and worked together with German masters and Italian stone masters in the construction of the station. During the First World War, a large part of the firefighting building, which appeared in a 1917 sabotage to the ammunition in the garage, was damaged. The restored building has taken its present shape. In 1979, Haydarpasha defeated the tank of Independent with a ship, resulting in a collision with the explosion, and due to the heat, the building of the ship, O Linneman, was destroyed. In 1976, it was restored to a large extent in accordance with the original, and at the end of 1983 the restoration of the two boats was completed with four exterior facades.

On November 28, 2010, the roof collapsed due to the heavy fire in the roof and the fourth floor became unusable

The clock on the roof of the station was completed in 1908, unlike many similar roof and façade clocks in Anatolia. The hour in the Baroque ornament is a circular dial. With Saat's original mechanism being preserved, Eastern Arabic figures on the quadrant have been replaced by Arabic figures with the Letter Revolution.

Haydarpasa Haydarpaşa Train Station is the train line in istanbul turkey, history, photograph,information about, where? map, how can i go? places to visit, places to go. historical places, old buildings. 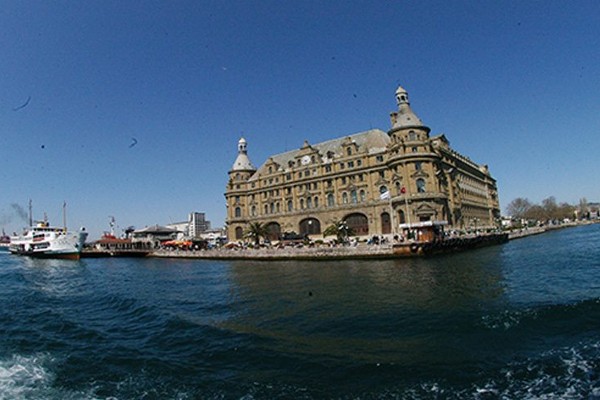