The Grand Bazaar is one of the world's largest bazaars and the oldest covered bazaars in the center of Istanbul, in the middle of the Beyazit, Nuruosmaniye and Mercan districts. There are about 4,000 shops in it and the total number of employees in the shops is about 25,000. It is said that at the busiest times of the day, the covered bazaar is close to half a million. The bazaar where 91 million tourists visit per year is the most visited tourist attraction in the world.

The year 1460, when the Grand Bazaar of Sultan Mehmed the Conqueror began construction, is considered to be the foundation year of the Grand Bazaar. The main bazaar was built by Sultan Süleyman the Magnificent as a wooden maze. A bazaar of 30,700 square meters with 66 streets and 4,000 shops, the Grand Bazaar is a unique center in Istanbul. This site, which is reminiscent of a city and covered with the whole, develops and grows over time. Until recently, there were 5 mosques, 1 school, 7 fountains, 10 wells, 1 family, 1 fountain, 24 doors, 17 inns.

Grand Bazaar; the oldest and largest shopping center in the world. When you look at the name of the streets first it will be interesting to you. The streets with names like Aynacılar, Hasırcılar, Kilitçiler, İpekçiler, Furker, Yorgancılar, Terlikçiler have a meaning in Ottoman times. There were only those professional craftsmen on the streets that were named so that people could make purchases with ease. Certainly, these artisans are now getting smaller.

Nowadays most of the Grand Bazaar contains spices, handbags, carpets, souvenirs and most of the jewelry shops.

The Grand Bazaar  the world's largest bazaars istanbul, history, photograph,information about, where? map, how can i go? places to visit, places to go. historical places, old buildings.shop,shopping. 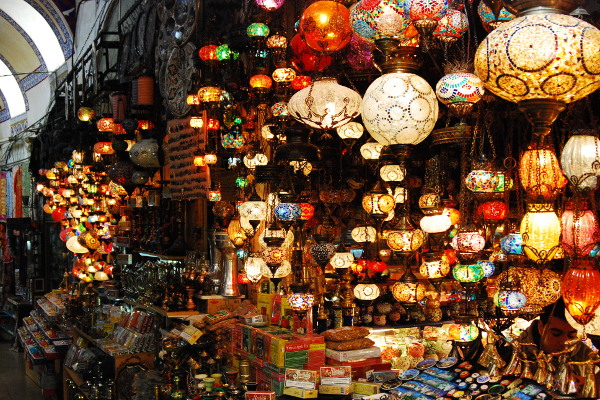