Eyüp Sultan Mosque, rectangular planar, mihrabı protruding. The central dome is leaning against the arches, which are based on six columns and two filigrees. There are half dome around it, Eyüp Sultan tomb in the middle, a fountain at the toe of the sandukas, and centuries old plane in the middle of the courtyard. After 1458, the minarets of the mosques which had been repaired several times were shortened in height, and in 1733 new long minarets were built. In 1823, the minaret on the sea side was rebuilt because it was damaged by lightning.

The Sinan Pasha in front of the gate was destroyed in 1798. There is a grill set and a grass sofa in a large plane tree shade in place. Four fountains on the four corners of the fingertip. These are called fountain fountains, fountain fountains. Sultan III, who opened the mosque after being repaired and prayed. There are Mevlevi coins on the railings as it is Selim Mevlevi. The outer courtyard has two gates opening into the street. The inner courtyard is 13 kubbelidir which is based on 12 columns. The center of the valley is the fountain. The tomb is a single dome, 8 corners. In the mausoleum there is an embroidered caduceus, and on the right is a cedar.

So many tombs, tombs, sarcophagi did not pass through another mosque. The services and cemeteries make the mosque a welcoming venue. Necip Fazil, Fevzi Çakmak, Ferhat Pasha, Mehmet Pasha, Siyavuş Pasha, Beşir Fuad, Ahmet Haşim, Ziya Osman Saba, Sokullu Mehmet Pasha are here to sleep. After Fatih, the sultans were sword-wielded in Eyüp Sultan Mosque for centuries. Fatih initiated this, the first sultan Akşemseddin Fatih'e surrounded. The sultans came to the Bostan pier from the Sinan Pasha Pavilion, two rak'ah prayers in the mosque, besieged the sultan's sultanate. There are seabirds in the outer courtyard of the glass. There are three windows. It was called sherbet because sherbet was distributed on festivals and special occasions.

Ebu Eyyüb Halit Bin Zeyd El-Ensari, the Eyüp Sultan's kabri, was found just before the conquest of Istanbul. The grave found in the most troubled days of the encirclement became moral for the Ottoman army.

Eyüp Sultan, M.S. During the 7th century, the Umayyads were martyred here during the siege of Istanbul and were buried just outside the city walls on their will.

The most troubled days of the siege of Istanbul. The tension created by the extended siege affects both the younger sultan and the state activist. Fatih thinks that it will be a good moral to have the grave of Abu Ayyub Halit bin Zayd al-Aqsa, martyred during the siege of the Umayyads to get rid of the serpent and the viziers' discomfort, who are not pleased with the newcomer's morale and the extension of the siege, and asks his sister Akşemsettin for help.

Akşemsettin takes action upon a dream he sees. When Eyüp Sultan comes around, he sees a light. When she asks a shepherd who is grazing their sheep there, they learn that their sheep have always fooled around that they have not grazed there, and they realize that it is a burial place. In order to determine the location of the ridge, the pattaya informs him by planting two plane trees on his head and foot. The Sultan, who wants to make sure of his intuition, calls on Silahtarağay to order the plantings to be planted and to leave his own wedding ring at the dismantled place. The order is applied alphabetically. The next day, the sultan, who came to the scene with a state official, wants Akşemsettin to show him the place of the tomb. Akşemsettin goes to the place he first found without hesitation and says "This is the place for the carriage" regardless of where the sycamore seedlings are planted. The Sultan, who wanted to consolidate his belief, said, "Sure I am sure, I see a ring in the ground, I see a grave stone in the depths of two fathers." There is no doubt in the face of the incident that the Sultan wants to plant the seedlings instead of the real ones. However, Akşemsettin said, "Leave it in place. It is a sacred place, too. Eyyüp El Ensari was gasified there ".

Here are those planes, Eyup Sultan Mosque inside the inner courtyard, Evliya Çelebi also mentioned in travels are the çınarlar. Only one of them is standing today. It is estimated that the other was destroyed in 1915-16. Evliya Çelebi mentions the following: "... The three sides of the Avlus are decorated with chambers, in the middle there is a congregation maksure, there are two planes extending from the Eba Eyüp tombs in the sky, which worship in the shadow of the congregation. .. "

Eyüp Sultan Mosque,historical mosque with a mausoleum, istanbul turkey, history, photograph,information about, where? map, how can i go? places to visit, places to go. historical places. 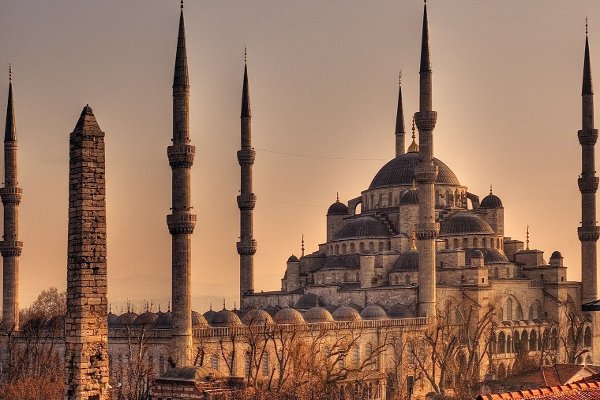 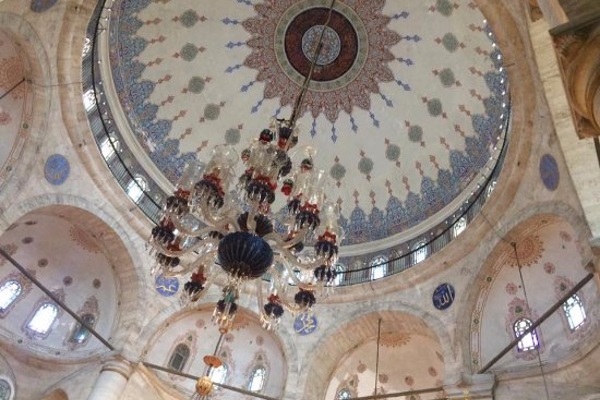 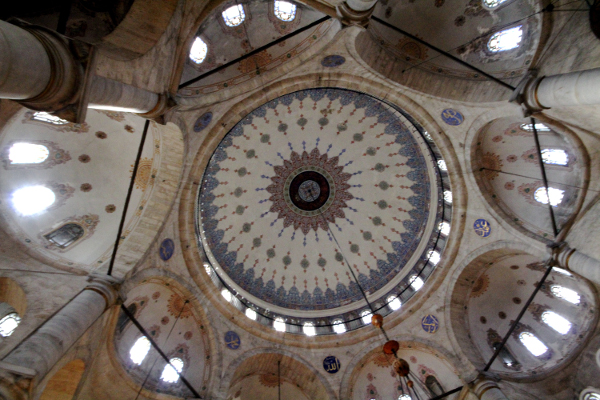