Beylerbeyi Palace, Saraydir, located in Beylerbeyi district of Üsküdar district of Istanbul and built by Sultan Abdulaziz in 1861-1865 by architect Sarkis Balyan.

This structure belongs to the Ottoman period. Selim's daughter is the palace of Gevher Sultan. IV. Murad came to this palace in the world. Later on in the 17th century, this area was covered by Şevkabad Kasrı, III. In the period of Ahmet, Ferahabad Yalısı was built and Mahmud I built Ferahfeza Kasrı for his mother. This region was also used as the sultan of the sultans. III. In Mustafa period these structures were demolished and the land was sold to the public. II. Mahmud later bought back this merchandise and built a wooden palace here in 1829. A part of the palace burned in 1851 as a result of the fire. It was not used for a while, considering that the palace burned in a row when Sultan Abdülmecid was in it. Later, between 1861-1865, today's Beylerbeyi Palace was built by Sultan Abdülaziz instead of the burning palace. The palace is Sarkis Balyan and the brother is Agop Balyan

Beylerbeyi Palace, istanbul turkey, history, photograph,information about, where? map, how can i go? places to visit, places to go. historical places, old buildings. This 19th-century palace with gardens was once a summer residence for Ottoman sultans. 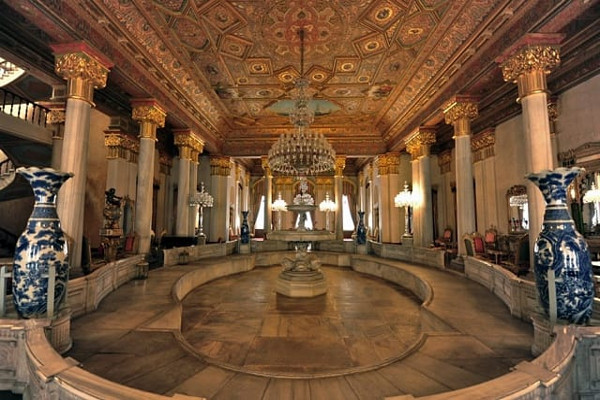